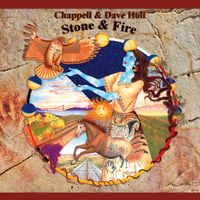 From the recording Stone & Fire

This is a finger popping hep cat swing all about our cat, Frankie, who got in a bit of trouble with the cops one night. Cool saxophone by Malcolm Hunter.

The Cats Are Out

This tale I’m gonna tell happened on a hot summer’s eve,
It’s all about Frankie, who’s the hippest Siamese.
Seems he lost some vital parts encountering the Doc,
So there’s not much he can deliver but a lot of jive and sweet talk.
And when he pours it on all the pussies start to purr,
They hiss at one another just to stroke his silver fur.
Yeah, Frankie is as cool as the coolest cat can be,
When he struts the avenue he’s still the hottest Siamese.

That night Frankie stepped out when the moon began to rise,
His hat pulled low and his tail held up high.
He was feelin’ fine, feelin’ cool headin’ for the local scene,
C’mon now, Little Kitties, I think you know what I mean.
Well, the alley was crowded with all the hippest cats,
Tabbies, Persians and Toms, some were skinny, some were fat.
The sound that came down was the sweetest sound around,
And everyone was jumpin’ in that joyful bebop town.

Now, they all took a turn sittin’ on the fence,
And while that hip Siamese was scattin’ the crowd was getting’ dense.
Everyone was diggin’ the scene and just when he started to cook,
The Coppers busted through the crowd wavin’ their book.
Sayin’, “this is the end to all of your beboppin’,
Cause the neighbours want to throw you all into the pen!”
So, they scattered those scattin’ cats from hither to yon,
While the full moon set to let the sun bring in the dawn.